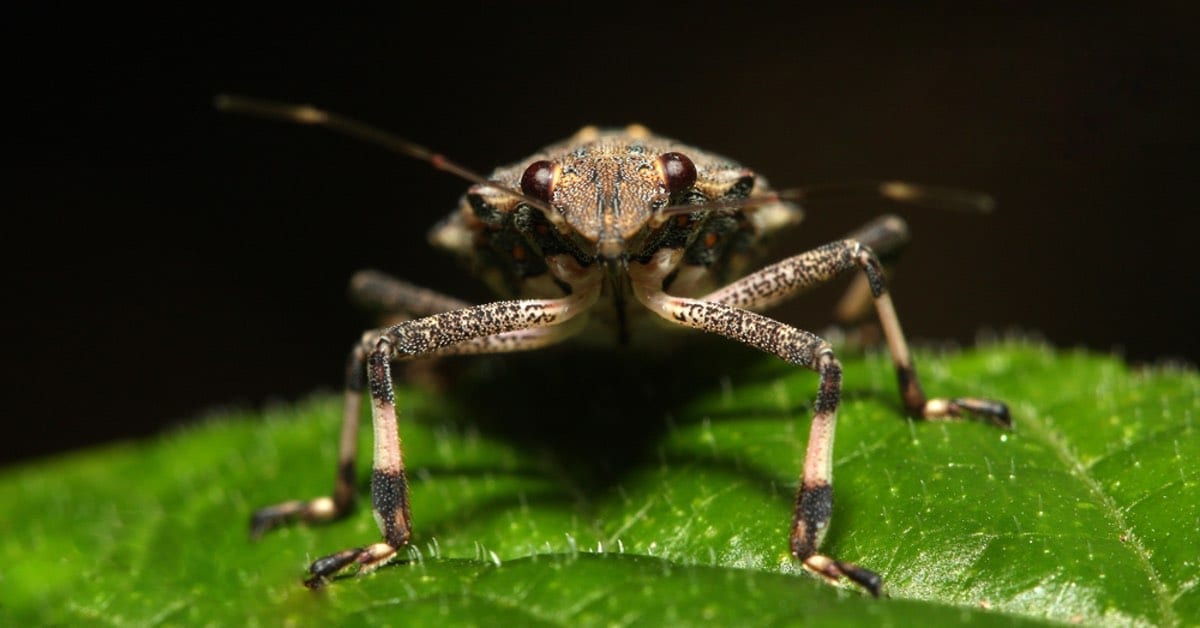 The Brown Marmorated Stink Bug Is Now In NJ

There are several insects and pests to look out for this season. The stink bug is particularly common if you’re in New Jersey. Marmorated stink bugs are native to Asia but were introduced to the state through the transport of goods. The bugs showed up in the U.S. for the first time in Allentown, Pennsylvania. They are prevalent in the eastern region of the country. These insects don’t have many predators, so they have a chance to thrive and grow until they become a nuisance. NJ stink bugs are also pesky because they actually give off a smell. The terrible smell is produced in the bug’s abdomen. It is secreted to ward off birds and lizards that would otherwise eat the insects.

If your home is being infested with stink bugs or you want preventative tips, here is some helpful information.

Adult marmorated stink bugs stay in hibernation during the winter season and emerge during spring to lay eggs. It takes about 538 days for the stink bug to grow from egg to adult. The bugs also go through a 148 day period before eggs are laid. The egg-laying process lasts for about two weeks. The insects feed on the liquid from fruit and beans. They are able to pierce through these foods with their stylets, which are shaped like needles. Foods that have been consumed by stink bugs have brown marks.

These insects lay eggs multiple times and produce several broods within a year. This increases the chances that the bugs will damage various crops. The female stink bug could lay up to 486 eggs in a lifetime. The eggs are a light shade of green and are often seen underneath leaves. The eggs are laid in clusters and there are usually around 28 eggs in each cluster. When the nymphs hatch, they are a bright orange color, so they are easy to see. Adult stink bugs are various shades of brown, so they blend in well with tree trunks.

Stink bugs don’t sting or bite. Many people think they are harmless as long as there aren’t too many of them. The insects are not poisonous, so pet owners don’t have to worry about dogs or cats eating the bugs. However, if your pets are drooling or vomiting more than usual, your pet may have eaten stink bugs.

Stink bugs get into your home through the small openings near windows and utility connections. Chimneys and siding are also common entryways for these insects. Adding caulking to cover the cracks near doors and windows helps to keep stink bugs out. The bugs are attracted to light as well. So, if you have a screen door that needs to be repaired, get it fixed as soon as possible. Dimming the lights at night can also keep stink bugs from being attracted to your home.

If you see a swarm of stink bugs on your property, collecting them with a damp towel helps to trap them. It’s best to flush them down the toilet once you catch them. Stink bugs often settle in weeds and shrubs, so keeping your lawn manicured takes away some of their hiding places. You can also create a trap by placing LED lights in a large soda bottle and covering the bottle with masking tape. The bugs will be attracted to the light and get stuck on the bottle, which makes it easy to dispose of them.

Keeping fruits and vegetables refrigerated and reducing the moisture buildup around your home are additional preventative measures. If the insects have become a problem and are hard to control, NJ Pest Control can help. Our expert professionals can help to rid your property of these pests safely and effectively. Contact NJ Pest Control for more information.