BEWARE! Eastern Coyote Sightings in NJ – What To Know! 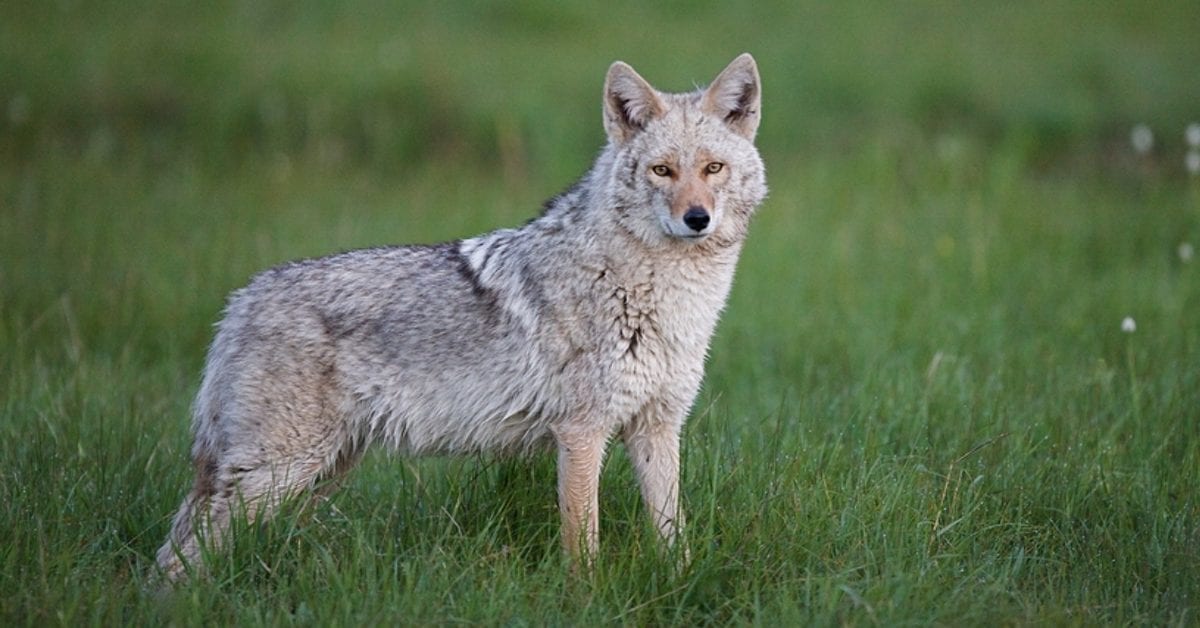 The Eastern coyote is increasingly showing up in our NJ towns. Not all coyotes are aggressive toward people or domestic animals but when confronted they will defend themselves and fight. It is important for everyone to be aware of their surroundings not only on your own property but in your neighborhood as well. Keep small dogs, under 25 lbs. on a leash at all times. Keep your property maintained free of leaves and overgrown vegetation. Eastern coyotes because of their relatively small size of approx 35 lbs, they may be hidden in view with overgrown vegetation.

The eastern coyote is found in the northeastern part the United States as well as the eastern part of Canada. The eastern coyote (canis latrans var.) is also known as the northeastern coyote, the coywolf and the southern tweed wolf. It is a mix of coyote, wolf and dog parentage. In 2014, a study was done on these coyotes. In there nuclear genome the results showed these coyotes to be a hybrid of western coyote (62%), Great Plains western wolf (14%), eastern wolf (13%) and domestic dog (11%). Because their genes show that they come from both wolves and dogs, this is likely the reason why they can adapt to both forested and human-dominated habitats.

Coyotes are genetically more like wolves in areas where this is a high deer population. This supports a theory that introgression from wolves allowed a genetic adaption to this food source. In the northeastern coyotes, their DNA shows hybridization between male dogs and female coyotes and between female wolves and male coyotes. These findings support the belief that sexual interaction was based on body size. The larger male species crossed with the smaller female species.

The Eastern coyote has erect ears, a narrow chest and a straight and bushy tail. Their color can range from the most common, gray-brown with reddish ears, flanks, and legs. The less common fur color is dark brown, blonde or reddish blond.

They are omnivores that prey on what is easily available, easy to scavenge and kill. In the winter they prey on rabbits and as the weather becomes colder they prey on larger game such as white-tailed deer. In the summer they prey on amphibians, birds, grasshoppers, insects, mammals and wild berries.

It was during the 1930s to the late 1940s in the Great Lakes region when the coyotes and wolves first hybridized. The hybrid coyote expansion was the largest mammalian hybrid zone created. It is believed this origination occurred after the extirpation of the gray wolf in southeastern Ontario, Quebec, and Labrador. The coyotes than colonized and mixed with former wolf ranges and remnant wolf populations. The hybridization with dogs occurred later and between 11 – 24 generations ago.

If you see a coyote it is imperative to contact a professional who is an expert and has the knowledge to help you. NJ Pest Control is the company. Protect your property and the smaller dogs in your neighborhood who are at a high risk of being attacked. Contact NJ Pest Control. Our entire staff are courteous and friendly and are eager to help you.