Stink Bug Facts, All You Need to Know Right Here 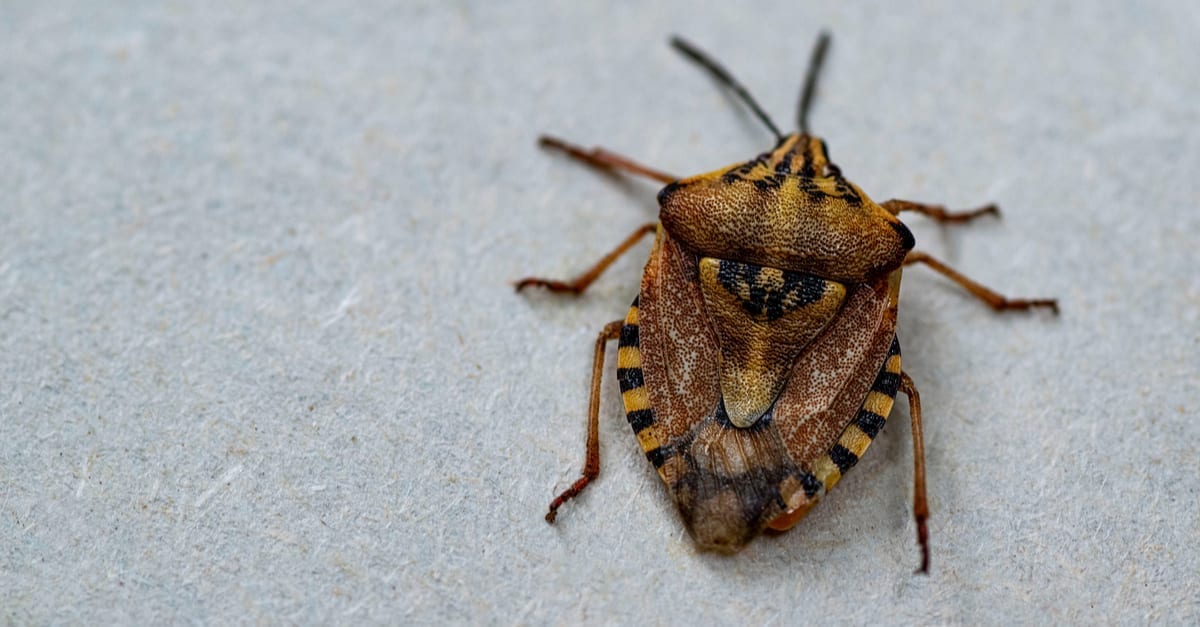 No one likes stink bugs. They are annoying, and when you squish them, they stink. They seem to appear out of nowhere. If stink bugs bug you, there are ways that you can fight back. The following are stink bug facts for you to know, and how to get rid of them. The sooner you learn about these bugs, the sooner you can get rid of them.

What Are Stink Bugs?

While they seem to get along well here, stink bugs are not native to the United States. The stink bug is native to China and Japan. Scientists believe that stink bugs hitched a ride to the U.S. on packing crates in the 1990s. The first time someone noticed the bugs in the U.S. was in 1998 in Pennsylvania. The stink bug was first found only along the Eastern Seaboard. Now, it has spread to 40 states and two provinces in Canada. It turns out stink bugs do very well in the United States, even in extreme heat or extreme cold.

They are a real problem for agriculture because of what they eat. What do stink bugs eat? Stink bugs aren’t picky. Depending on where they are, they eat a variety of fruit and grain crops.

There are three stages to a stink bug’s life cycle. First, the female lays her eggs, usually under a plant leaf. The eggs are brown and nut-shaped. When the eggs hatch, the young stink bugs look much like the adults but smaller. Stink bugs molt as they grow and change their outer skins when the bugs outgrow them. The average stink bug life span is about six months. However, some stink bug species can live a little over a month. Stink bugs look for warm places to hide during the winter. This is why scientists believe they may have a lifespan of more than six or seven months. Once the adult female matures, she can begin to lay eggs.

The Problem with Stink Bugs

Many people ask, “Can stink bugs bite?” The answer is yes. Stink bugs can deliver a painful bite, but they are not poisonous. Some people have allergic reactions to stink bug bites and stink bug oil. Stink bug oil is that horrible spray the bugs produce when threatened. However, the allergic reactions are usually not as bad as when wasps, hornets or bees sting people who are allergic. Farmers and gardeners find them annoying because they eat their crops.

Stink bugs are also annoying for another reason. Most pests die off in the winter. Stink bugs, however, do not. It’s not uncommon to find a stink bug in your home on a window ledge during the winter. Because stink bugs can survive the winter, their population continues to grow.

Just because stink bugs are a pain to get rid of, it doesn’t mean you can’t do it. You can remove stink bugs with a vacuum cleaner attachment. That means you don’t have to touch the bugs. However, you need to be aware that, over time, your vacuum cleaner is going to smell like a stink bug. That is not the most pleasant smell in the world. Some people vacuum them up, and, then, clean out their vacuum thoroughly, which seems to help. The best way to get rid of stink bugs is to exclude them from your house. There are lots of products pest control companies can use around your home to keep stink bugs at bay.

If you want to learn more about stink bug facts and how to get rid of those nasty stink bugs, contact NJ Pest Control. Take a look at our reviews to see what our happy customers are saying about us.