Flying in With a Sting: Asian Murder Hornets Now In The US 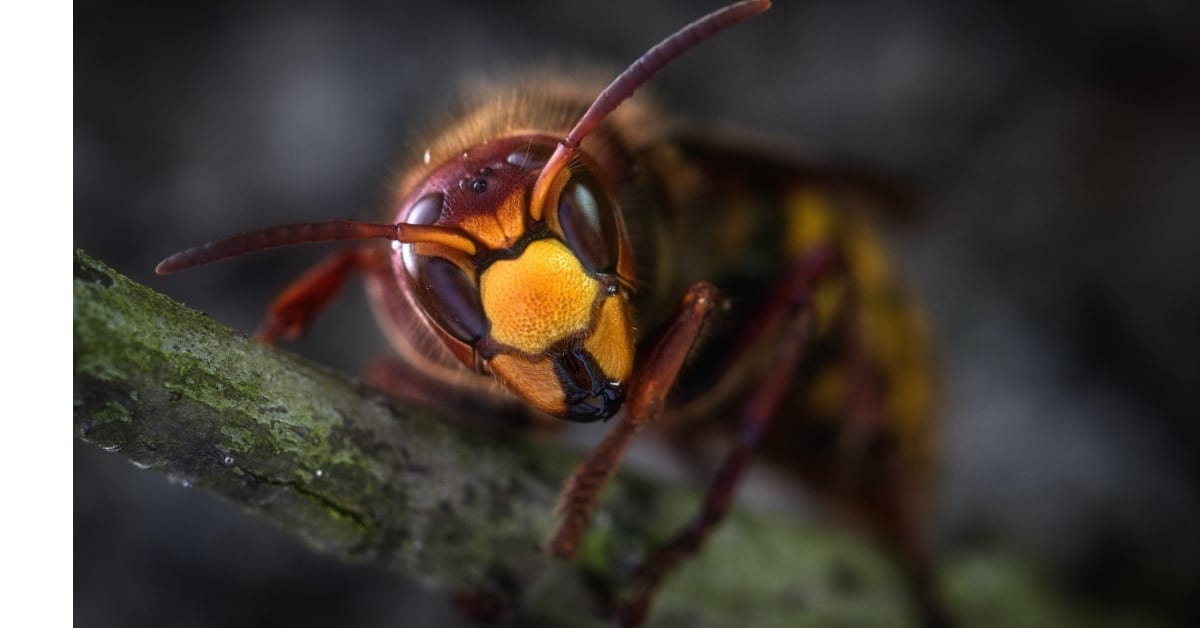 Each year, the CDC reports an average of 90 to 100 deaths from bee and wasp stings. While these numbers are pretty low- millions of people get stung each year, after all- they’re high enough that most of us have developed a healthy fear of wasps and yellow jackets.

For many, though, that fear pales in comparison to the terror of the new sheriff that’s in town: Asian murder hornets.

But are these giant hornets and their giant stingers really something that you need to be preoccupied with worrying about? That’s what we’re going to look at here today. Read on for some information about murder hornets and a definitive answer to the question of whether or not you should be concerned!

What Are Asian Murder Hornets, Really?

Asian murder hornets are the largest species of hornet in the world. They can grow significantly larger than regular hornets can, with sizes up to two inches in body length alone. The stinger alone is about .25 inches long!

The head is a light shade of brown with two yellow-orange antennae protruding from it. Beyond that, this giant hornet is black and brown. You’ll definitely be able to recognize it when you see it.

The real terror of the Asian murder hornet isn’t its size, though that’s pretty scary in and of itself. It’s that these insects have a really potent venom that can kill human beings at a much higher rate than other stinging insects do. It’s reported to feel like a hot nail being driven into you, and it killed 41 people in a single year in Japan. That’s nearly half as many stinging insect deaths as in the US overall!

Where Did These Hornets Come From?

Asian murder hornets came from Japan originally, but they also are native to other East Asian countries like China.

They’re new to the US and likely came over on cargo crates from these nations. It’s no one’s fault- they likely just climbed into the slats in these crates before they were sent in.

Should You Be Worried?

Okay, so murder hornets are horrific, to say the least. But are they something that you personally need to fear?

Experts say no, there’s really nothing to worry about.

The only thing to really worry about is the impact that Asian murder hornets could have on honeybees. They prey on these bees exclusively and eat them. Since honeybees pollinate our plants and flowers, a shortage of them would prove incredibly problematic.

However, because the murder hornet threat isn’t very big, this is not likely to be an issue. Not only have there only been a few spotted in the US, but most of them have been dead. They probably just died on the way over in the cargo crates they hitched a ride on.

Additionally, Asian murder hornets don’t really like people. They mostly leave you alone as long as you leave them be. Don’t approach them or try to kill them yourself. Call a professional exterminator in the extremely unlikely event that you see one near you.

Get Rid of Stinging Pests Today

While Asian murder hornets aren’t a threat that you need to worry about right now, other stinging insects like hornets, wasps, and yellow jackets are coming out of the woodwork for the summer months. You need to focus on fighting against them right now.

To take the first steps towards exterminating these potentially painful pests, contact us. We’re more than happy to talk about the next steps towards professional pest elimination as well as discuss financing options with you.